Why Is Inverter Technology Changing Heat Pumps for Good?

Heat pumps give out more energy than they consume while running. This is one of the features that makes them efficient and even cost-friendly. Today, heat pumps are changing—all credit to inverter technology.

The inverter has proven itself as one of the succinct ways of saving energy. It abates the wasted operational air by controlling the motor speed. It functions as a car accelerator. Thus, you need not stop and start the heat pumps motor. Instead, you can set the temperatures just as you would with a car accelerator.

If we juxtapose the old-fashioned air conditioners with the inverter model, the difference will be large. Inverter technology reduces power loss, thus saving more energy.

Central ACs and furnaces have been serving homes for decades. Despite that, they fall short of efficiency and versatility if compared to heat pumps. Heat pumps still had much to improve on since their advent. But, as of now, it's a closed subject. The changeable inverter technology speed compressors are making them better. 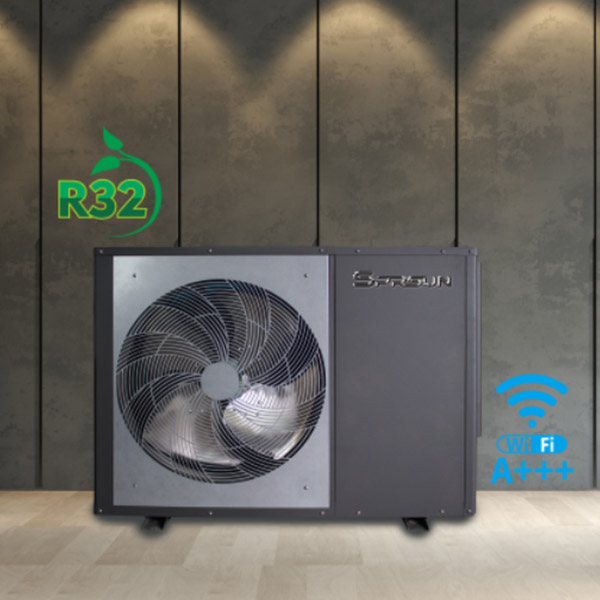 While using a normal heat pump, the AC switches on and off over certain periods. For instance, it turns on for a while when your house is cold. Once it's sufficiently hot, it switches off only to turn back on when the air gradually matches the one outdoors.

It’s therefore not efficient. It's like riding a motorcycle that only shifts from 100 % acceleration to 0 %. There is no fall to any percentage between 100 and zero. For a bike, you will press the gas to accelerate it when it's falling.

So that's the case with inverter technology. It allows you to fully operate a heat pump to any range of your preference. Also, the inverter take analyzes the temperature and conditions within your home. As such, it’s able to adjust its output, thus maximizing efficiency and comfort.

So, by assuming control of the compressor motor speed, it easily regulates temperatures.

How does it work?

The DC inverter contains changeable frequency drives. The drives comprise adjustable electrical inverter which controls the electromotor speed. In the long run, the drives do control the cooling and heat output.

They also control the input AC to DC. Then the electrical converter produces current but through the desired modulation. On the other hand, a micro-controller samples air temperatures and adjusts in line with the compressor speed. Inverter heat pumps are thus long-lasting, easily adaptable, and efficient than traditional ones. Despite being expensive, one should expect a give back in less than two years hinging on usage.

You can read this article to get more details about the working principles of inverter heat pumps.

How is inverter technology changing heat pumps for good?

It enhances their general efficiency.

Suppose that we compare non-inverter heat pumps to one with an inverter; efficiency will be in question. The former lacks control over energy output. Additionally, they put extra strain on the unit than needed. Oops!

It is even far worse when it turns itself on and off. Remember, the energy to jumpstart a dead AC system is much compared to running progressively. To put it succinctly, the fewer times you run it needs to start, the less energy it takes. The inverter technology runs the system efficiently with variable speed. When it comes to energy consumption, that’s what makes them preferable!

An inverter heat pump can run in negative temperatures.

When you buy a heat pump, its description has lots of claims. However, there is always a disclaimer. A warning for this case. The machine won't perform properly in extreme colds. In most cases, difficulties start when temperatures are below 40 degrees.

Stumbling on the disclaimer, homeowners may cancel purchasing them. And, far worse, even opt for huge expenditure furnaces.

Thanks to the inverted technology that has changed. It features a hyper-heat function. As such, it will create heat even when in negative temperatures. Expect it to work even when it is -13 degrees Celsius outdoors.

Non-inverter heat pumps have fixed output units. They shift between on and off and run at maximum capacity. In turn, its operation creates strains on the electrical supply network. Each startup cycle has a surge signature. The surges also affect the mechanical parts of the heat pump.

On the other hand, inverter heat pumps feature a brushless DC compressor. The compressor has not actual start spike when in the start cycle. So, the heat pump starts with the zero-amp current. It then progressively builds up to meet the capacity required by the building. In turn, the heat pump and the electrical supply get stressed a little. Hence, minimal surges as well as wear and tear.

You can save money and space with inverter technology.

Another changing aspect of heat pumps is that you can now save money and space with inverter technology. You need not fit it in in a buffer tank. Further, the area it takes can be much smaller if the underfloor heating full region is utilized.

Normally, if you install a heat pump on a property, you need space to install a buffer tank. The buffer tank carries water that's preheated. Its then cycled around the central heating system, thus limiting on and off switches.

Take an incident where you have an extra room that's rarely used and has low temperatures than the rest of the house. However, you decide to use it and even heat it. You, therefore, have to adjust the temperature of your heating system to meet the new room's demand.

Remember, a non-inverter heat pump operates at its highest capacity. And will work at that same level even if it has to meet a fraction of the maximum heat needed. That's a waste of electrical energy. To get around this, a buffer tank releases its preheated water. Its then transferred to the radiators underneath the floor of the designated room. It warms it up and uses the maximum output of the heat pump to heat water in the buffer tank. But it will overheat the tank.

However, for an inverter-driven unit, the heat pumps easily adjust to the lower output. It then gets the difference in demand and adjusts its output in line with the low water temperature change. This feature allows homeowners to save money and space for larger buffer tank installation.

Retrospectively, the advent of inverter technology has changed the conditions at homes during cold months. As of now, heat pumps inbuilt with this technology can use less energy, last for long, and adapt to any temperature range. And for homeowners, the tech offers a chance to save money and reduce electricity interruptions.

It equips heat pumps with high efficiency and versatility. And that's the reason behind the heat pump revolution today!