Is An Air Source Heat Pump Cheaper than Gas?

Inventors and scientists are at the forefront trying to switch to greener methods of heating your homes, such as an air source heat pump. So, as a nation, there is a need to use ways to lower the carbon emissions that are a health hazard.

The most significant part about the change is getting safer and more efficient ways of heating homes. With the increased awareness and urgency around climate changes, there are more concerns than ever before on how people use energy.

Currently, air-source heat pumps are moving the goalposts. They are highly recommendable as environmentally friendly when compared to the gas boiler. The heat pumps are known to be low maintenance and emit super-low gases. However, there are pros and cons to factor out before making any changes.

What is an air source heat pump?

These home heating sources have long been overlooked in their industry. However, as times are changing, these new devices in the block attract consumers and companies' interest as they build the momentum to slash fossil fuels.

Mainly, the heating systems will either convert current into heat or burn fuel. But the heat pumps are exceptional and offer a greener alternative to gas boilers; the air source heat pump doesn't generate heat; it uses air as its primary energy source.

Air source heat pumps work by moving the existing outside heat energy into the house and vice versa. 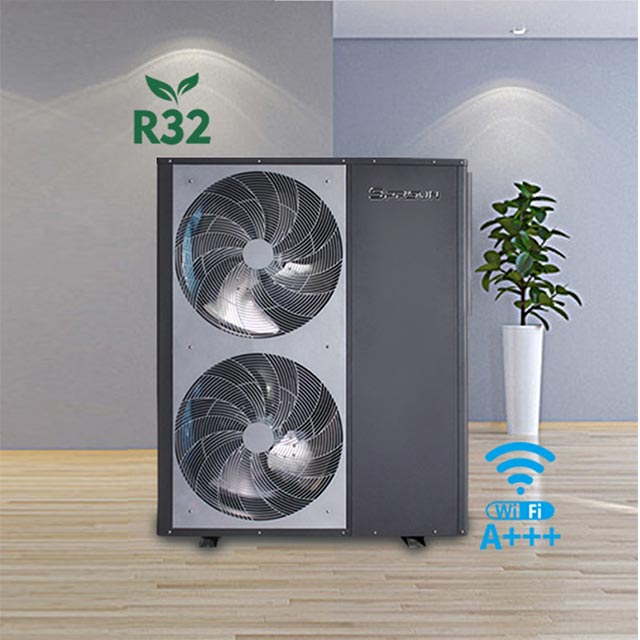 What is a gas boiler?

The traditional gas boiler is the central heating system that most people rely on for over decades now. It uses oil, electricity, natural gas, or biomass like wood pellets that fuel combustion; it heats the water for underfloor heating, radiators, and domestic use.

Back to the question: Is an air source heat pump cheaper than gas?

To sustain this big rivalry on which heating device is better than the other one, we narrowed down the attributes of both systems to find out the device that stands out at the end of the comparison. Will the winner be the sustainable heating and emerging star - the heat pump or the long-reigning star, the boiler?

A heating system efficiency is shown by the significant amount of energy supply converted into essential heat energy. Historically speaking, the traditional boilers are 50 - 75 % efficient, meaning that half to a quarter of energy supplied goes into waste, making it less efficient.

On the flip side, an efficient heat pump effectively reaches 350 %, also known in technical terms as the Coefficient of Performance of 3.5. The Heat pumps absorb the natural heat outside your home and move it indoors. That is the selling point that attracts people to invest in it since it uses natural gas and less electricity, unlike the boiler.

Unlike the boiler gas, the benefit of purchasing an electrical pump is that it's designed to produce a meager amount of noise when it's on. The energy-efficient heat pumps operate at 40 decibels. Suppose you are seeking to replace your old gas boiler; you might have to consider buying an air pump source.

Though the gas boiler generates heat faster than the electric appliances, it's vulnerable to harmful gas leaks that could lead to explosions and fires. Therefore, the alternative option is to invest in a heat pump that operates on electricity. It will shield your loved ones from toxic carbon and health issues.

The lifespan of an air source heat pump is nearly 15 years, but the alleged latest models source heat pumps can survive for around 25 years. The longevity is based on their potent design; it has very few parts that move while it's in operation; thus, very little could go wrong. In comparison, the typical gas boiler's longevity period ranges from around 8 - 12 years.

An air heat pump source needs an outside space for installation. It consists of an outdoor unit, which is nearly the same size as a washing machine. In other cases, you will require to install an indoor unit that is the heat exchanger; it's bigger than the actual boiler; also, you might require a hot water cylinder.

The air source heat pump uses multiple pipes buried either horizontally or vertically for underground installation, depending on the outside space you have. Then there is the inside unit that varies in sizes between a boiler and a small box.

In contrast, the gas boiler is more compact, particularly the all-in-one combination boiler that generates hot water directly from the mains. Like the heat pump, a system boiler needs a separate hot water tank, whereas the regular boiler requires both a feed tank and the hot water tank.

Suppose you prefer the cheapest and quickest alternative, then a gas boiler suits your needs. Moreover, sticking to a gas boiler will lower your installation cost by far.

The upfront installation cost of a boiler is inexpensive and more attractive than purchasing an air source heat pump. The heat pump operates effectively when well insulated and has a vast surface area for the heat delivery appliance. It requires larger radiators or underfloor heating installations, or the need for improved insulation.

Despite the heat pumps using electricity as the source of energy, which is four times the gas price, the fact remains that it's more efficient than the boiler. It uses very minimal electricity thus the running costs are comparable.

Remember that the likelihood of electricity prices fluctuating is higher than the gas. So, on the other hand, fossil fuels such as oil and gas do run out, so the price will at some point escalate.

With this guide, you are in a position to tell what you would prefer when it comes to selecting the right heating system. The above comparisons will give you the victorious system in the battle of an air source heat pump vs. a gas boiler for those looking to install the best option. The choice you make between an air heat pump and a boiler should be based on its importance, suitability for your house, and budget.